Films I Watched in The Month of June

One of my loves that you don't often hear about is film. I do through phases where I will watch a film daily and other months I watch one or two. In June I saw three and I loved all of them.

This Noir was made in 1949 and is stars James Cagney. I am a massive Noir fan, however I have never seen him in a film before. So I bought a box set. This is about a gangster called Cody Jarrett who's gang decides to hijack a postal train. They get away with hundreds of thousands of dollars, after killing a number of people and one of the gang members getting severely scolded. They hide out for a while and end up leaving the scolded member behind. This eventually leads to their demise. Cody also has a very strange relationship with his 'ma'. He manages to get himself convicted for another burglarly - this leads for two years in prison and works as an alibi for the train robbery - and his top man 'Big Ed' tries to move in on his patch. What he doesn't realise the cell mate who he  escapes prison with is an undercover cop.

Totally worth a watch. Also includes Noir greats such as Edmond O'Brien. 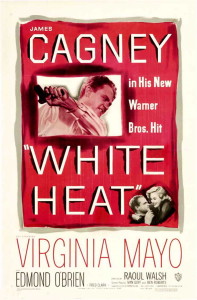 This is a film that I would never have picked to watch had it not been for my boyfriend. This is from 2004 and stares Jamie Foxx and Tom Cruise. Max (Foxx) is a cab driver, who drops a lawyer off at her building. He then picks up another customer called Vincent (Cruise) and he explains that he needs to make five drop offs. When they get to the first place Max is waiting for him when all of a sudden a dead body lands on his windscreen. This is when he realises that Vincent is a hired hit man and that the five drop offs are actually five killings. After the first three killings max has to pretend that he is in Vincent and that is when the FBI cotton on to what is happening and who is involved. As always no spoliers.

This again is another fantastic film, a little gory in parts but I am very squeamish and it was no problem for me. 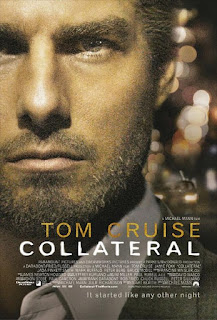 Where the Sidewalk Ends

This is a film that I have seen previously but really wanted to refresh myself with it. This again in another hit for me. This is a 1950 film and was directed by Otto Preminger (a fantastic director) and stars Noir regualr Gary Merrill and Gene Tierney. Mark Dixon is a detective who has already had a number of complaints made against for brutality and he is desperately trying to pin down the slippery  Tommy Scalise. When somebody is killed at one of Scalise's gambling nights, the finger is pointed at Ken Paine an ex military man who likes a drink. Dixon goes round to see him to get him to tell the truth about what happened, as always they can not hold their tempers and they get into a fight. As Paine has a metal plate in his head when he hits the floor he dies instantly. Dixon then decides that he needs to cover it up while still chasing after Scalise.

I love Film Noir and films like this just reminds me more and I cannot wait to watch my next Otto Preminger film. 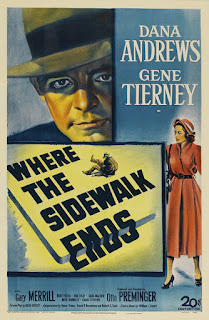 What have you watched this months?