This is something a little different, but as a massive music fan I do like to discuss it from time to time. So incase you do not know I listen to mainly Pop Punk and Ska Punk. I like the odd Power Pop Band, Nu Metal song and Country Album, but don't deviate too much from those first two genres. One Punk Franchise I love is Punk Goes Pop.

They are a series of albums in which Punk bands cover Pop songs. There are currently six albums. Some of the songs are a little heavy for me, but some I really love. So here are my faves. 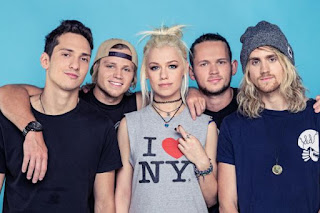 I have never heard the original of this song and has no idea who sang it, but I love Tonight Alive's version. I have seen them live and I know by the gorgeous tones that come across in the track are there in really live. This song is just so sincere and is backed by such amazing guitar work. 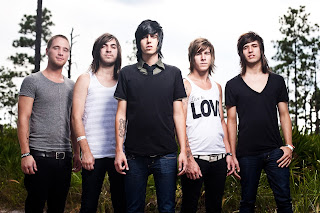 I love the original of this song! It reminds me of being about 18 and going out for the first time with the girls to Manchester Canal Street. This that song but rocked up a bit and it is so well done. This is way the song should have been really sung with some grit.

This version anyone can connect to. This goes really rock at the end too, which I love. I adore this band anyway and this is just them but even better. They really make this song their own, which is good as I don't like the original. If you love Pop Punk, with great well written lyrics they are worth checking out.

What are your favourite Songs? Let me know in the comments below.